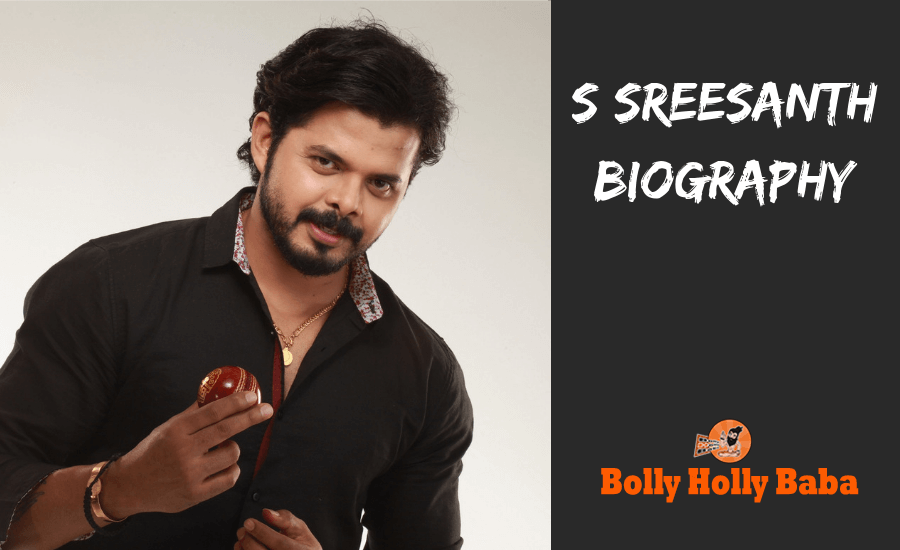 Sreesanth and his Early Life

Sreesanth was a leg-spinner in his early days of childhood. He tried to model his action on India’s leading Test wicket-taker Anil Kumble, who was to become his Test captain. Although, his habit of bowling yorkers had led him to convert to fast bowling, after being encouraged by his elder brother.  He followed the footsteps of fellow Kerala fast bowler Tinu Yohannan, who earned selection to the National Cricket Academy in 2000. He was also selected for the MRF Pace Foundation in Chennai. Later he made his first-class debut against Goa in the 2002–03 domestic season.  He claimed at least 22 wickets in seven matches in the Ranji Trophy. His made him win selection for South Zone in the Duleep Trophy squad in the same season.

Sreesanth and his Cricket Career

Sreesanth joined the Indian team in South Africa for the inaugural Twenty20 World Cup, in September 2017. This happened after his omission for the one-day series in England. Although his performance in the tournament lacked consistency, Sreesanth managed breakthroughs at critical junctures that were vital to his team’s success. During the semifinal match against Australia which India won, Sreesanth got the vital wickets of the Australian openers Adam Gilchrist and Matthew Hayden. The latter proved to be decisive in turning the match round in India’s favour. In the final against Pakistan, Sreesanth proved expensive with the ball but became the centre of Indian celebrations as he held on to the catch in the last over that ended Pakistan’s innings and made India World Twenty20 champions.

Sreesanth and Warnings on the cricket field

Sreesanth is noted for his exuberant and emotional behaviour, especially whilst appealing for and celebrating wickets. He has been warned several times for indiscipline both on and off the cricket field, and frequently fined for violating the player conduct guidelines of the International Cricket Council. In October 2009, the BCCI issued a final warning to Sreesanth that any repetition of his code of conduct violations might result in drastic actions such as a ban from domestic cricket. Subsequently, the Kerala Cricket Association also issued a final warning over repeated violations of their code of conduct after Sreesanth failed to turn up at the Kerala Ranji Trophy team camp in Kannur.

In November 2009, however, after more than 18 months of omission from the national team, Sreesanth was recalled to the Test squad for the first two matches against Sri Lanka. He replaced Ishant Sharma for the second Test in Kanpur, where his five-wicket haul in the first innings of the match earned him the Man of the Match award and helped India to win the Test match by an innings and 144 runs.

Sreesanth and Spot fixing and his arrest

On 16 May 2013, the Delhi police arrested Sreesanth and two of his Rajasthan Royals teammates, Ajit Chandila and Ankeet Chavan from Mumbai, on charges of spot-fixing during IPL 6. Jiju Janardhan, another key figure accused of spot-fixing, is reported to be Sreesanth’s cousin and an under-22 Gujarat player. On 17 May 2013, Sreesanth confessed to spot-fixing, according to police. However, Sreesanth has always maintained that he is innocent and that he was forced to sign confession statements.

Police reported that Sreesanth was drunk at the time of his arrest and thought he was being arrested for being drunk. When the Delhi police team intercepted him, he was reportedly accompanied with a woman in an SUV outside a five-star hotel in Carter Road Promenade, Mumbai.

Sreesanth and the two other players accused of spot-fixing had their Rajasthan Royals contracts suspended while their inquiries were pending. On 13 September 2013, Sreesanth and Ankeet Chavan were banned for life by BCCI’s disciplinary committee.

In July 2015, he was acquitted in the spot-fixing case.

On 18 October 2017, Kerela High restored the life ban on Sreesanth.

Sreesanth and his Filmy Career

Sreesanth Biography has been part of a dance reality show on television. He is working in a Hindi film, Aksar 2. He has also acted in a Malayalam film, Team 5.

Sreesanth and his Television Career

In 2008, he participated in the reality show Ek Khiladi Ek Haseena along with Surveen Chawla.

In 2014, Sreesanth participated in the dance reality show Jhalak Dikhhla Jaa in its seventh season. He survived for 5 weeks until he got eliminated.

In 2018, Sreesanth is a celebrity contestant in the twelfth season of the Indian version of the reality TV show Big Brother, Bigg Boss. He entered the house on 16 September 2018.

On 25 March 2016, Sreesanth joined the Bharatiya Janata Party (BJP). He contested and lost the Kerala Assembly elections from Thiruvananthapuram. He secured a total of 34,764 votes but lost the election to VS Sivakumar of the Congress by 11,710 votes.

Sreesanth and confusion with his name

In the English-language media, Sreesanth’s full name has been the source of some confusion. He has been variously referred to as “Sree Sreesanth”, “Sri Sreesanth”, “Shantha Sreesanth”. and “Shanthakumaran Sreesanth”. He has also stated in the past that he wished to be known as “Sree Santh”. In September 2007, Sreesanth said that his name was just “Sreesanth” and that the other variations were incorrect:

Sreesanth and his Personal Life

Sreesanth Biography was born on February 6, 1983, to Santhakumaran Nair and Savithri Devi. He has one elder brother and two elder sisters. His brother Dipu Santhan owns a music company in Kochi and his eldest sister Nivedita is a television actress in Kerala. Sreesanth’s elder sister Divya got married to Madhu Balakrishnan, a famous South Indian playback singer.

Hope you have liked our Sreesanth biography.

What do you think about his play in the Big Boss House?