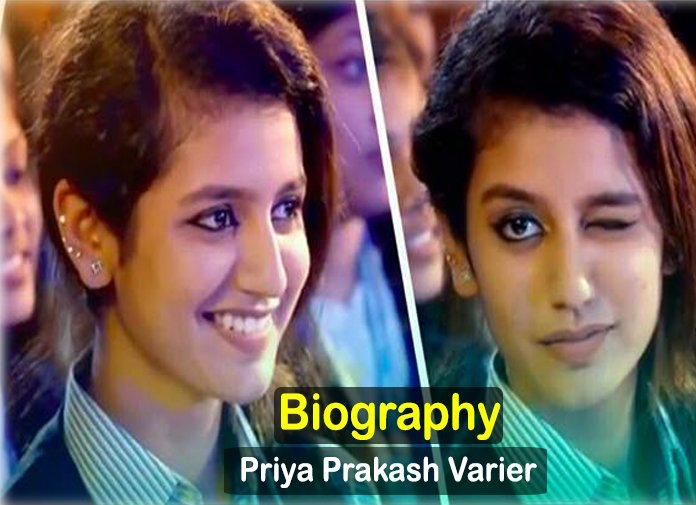 Priya Prakash Varrier Biography: She is a famous Malayalam Actress and a Model. Priya Prakash was born on 12 September 1999 in Punkunnam, Thrissur, Kerala. 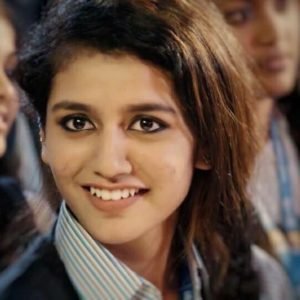 Boyfriend Name: Not Known (She is Single)

She has become an overnight star on social media after releasing of Malayalam Song “Manikya Malaraya Poovi”. This song is from her upcoming Malayalam movie “ORU ADAAR LOVE” and Film is directed by Omar Lulu.

Priya Prakash Varrier is an 18-year-old young beautiful Malayalam Actress and Model. She has done modelling for many fashion designers. Priya Prakash’s Modelling career was started in the year 2017. After starting her career, she did Ramp walk many times and got public and filmmakers attention. 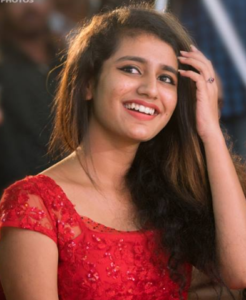 In the year 2017, when prominent director Omar Lulu decided to make a film named “ORU ADAAR LOVE”. He selected Priya Prakash Varrier for the lead role in his movie.

Priya Prakash gives an excellent performance in this movie. Because when on 9 February 2018 first song of the movie “Manikya Malaraya Poovi” was released on YouTube. This song got millions of views in a few hours and only in 7 days, this song got 25M+ Views.

The credit of the big success of song goes to Priya Prakash Verrier’s great and unique performance. She performed in this song was very different. Because she did act with eyebrows and eyes in this song. After watching this song everyone was saying Priya was an awesome and cute actress.

Moreover, Song was released on Valentines it is also a positive point for getting huge success.

All in All, This song was lucky for Priya Prakash Varrier. Because this makes Priya Overnight Star and social media sensation. Now she has name and fame.

Now everyone waiting for Priya Prakash’ Upcoming Movie which is going to release on 3 March 2018. Now it does not matter movie will hit or flop. Because Priya has got success before releasing this movie and she is the superstar in India and all over the world. 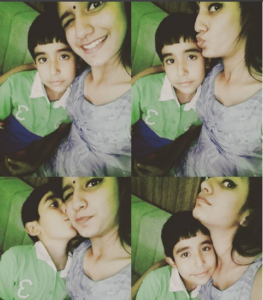 She belongs to Punkunnam, Thrissur, Kerala. She’s Family living in Thrissur, Kerala. Priya’s Father name is Prakash Varrier. She has one younger brother. Her family did a lot of support in her career That’s why she got a huge success at a young age.

Now time to ask a Question From You.

If you want to read your favourite star Biography you can tell us the name of your favourite star in the comment box or you can do a direct message to me on Facebook Page Bolly Holly Baba. we will try to write a post as soon as possible. I will wait for your comments and messages. Thank You so Much.