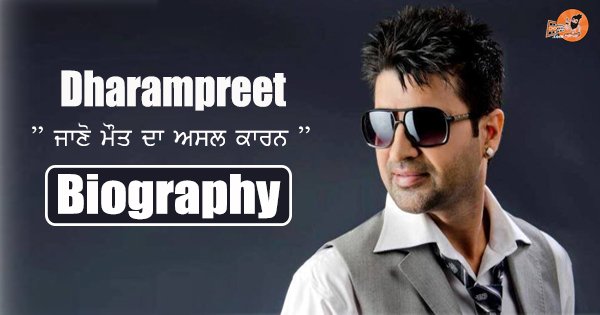 Dharampreet Singer was born on 9 July 1973 in Village Bilaspur, District Moga, Punjab. He was a king of sad songs. Audience of all age groups loved his singing. 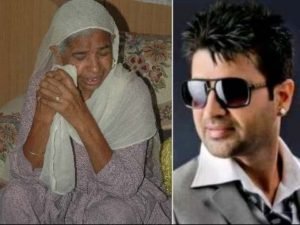 In Above Photo: Dharampreet With Mother. 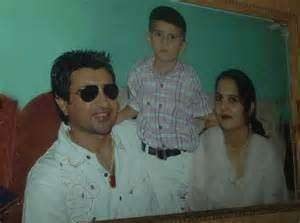 In Above Photo: Dharampreet With Wife & Son. 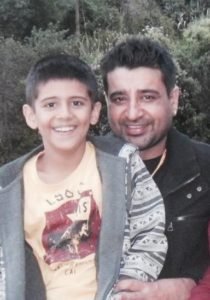 In Above Photo: Dharampreet With Son.

He was fond of music since his childhood. During his school and college days he oftenly participated in every cultural activities.

Great singer Hardev Mahinangal introduced to Dharampreet With famous lyricist Bhinder Dhabwali in year 1996 at their home. Bhinder dhabwali asked to Dharmpreet, “can you sing a song.” Then Dharampreet sang a song and the voice and singing style of his impressed everybody present there.

Therefore Bhinder Dhabwali also praised and invited him at Ludhiana recording studio. Then the career of this great singer had started.

Debut Album: Khatra Hai Sohneya Nu – 1993
Dil Nal Khed di Rahi – This album released in 1997 and broke all the records. After the  releasing of this album Dharampreet singer became the super star overnight. In few days 23 lakh original copies of this album had sold. Moreover lakh’s of duplicate copies this album also sold in the market.

Dharampreet Committed Sucide on 8 June 2015 in his House at Bathinda.

The reason behind sucide of singer Dharampreet is not clear. But according to near friends of him, he was in depression because of piracy and digitalization of singing profession.

Moreover adoptation of these new techniques were not easy for old singers. Because this is the era of internet and technology. In this era success of every song and album depends on how many views, likes and comment got on YouTube.

In spite of this , Today most of the people like to download songs from internet. Therefore singers unable to get any profit. Thats why Dharampreet was too much depressed. Becuase now his albums were not sold as in past. So he committed sucide.

Although, Dharampreet is not alive now. But his songs always alive in our hearts. He was a great singer and a human being. We always miss him.

I want to know what is reason behind piracy. Do you have any suggestion to stop piracy ? if yes comment below.