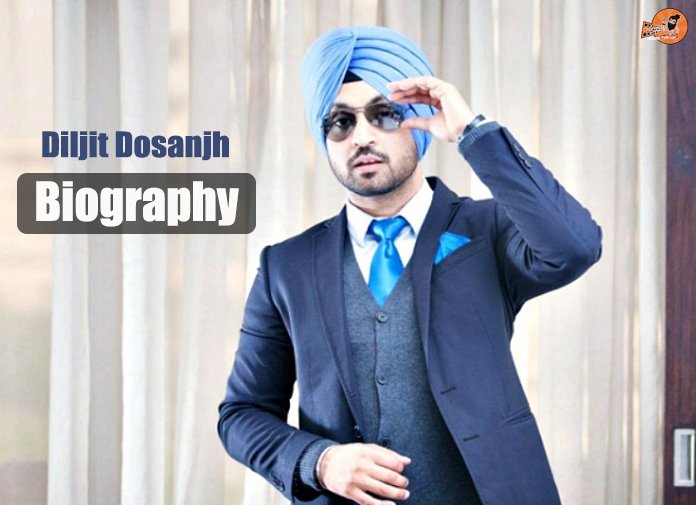 Diljit Dosanjh is one of the most popular artists in the film industry. Diljit is a good actor as well as good singer. Nowadays, he is a leading artist in the Punjabi Film Industry and his movies are going upwards in cinemas.

#1. Diljit dosanjh was born in Dosanjh Kalan, Jalandhar District, Punjab in 1984. There are five members in Dosanjh Family. His father name is Balbir Singh Dosanjh and his mother is Sukhwinder Kaur. As well as he has one elder sister and one younger brother.

#2. After sometimes he has shifted to Ludhiana, Punjab with his family for getting Formal Education. During School time, he started singing Sikh music or gurbani at Gurudwara Sahib.

#1.  2003-2004: Diljit released his first album ‘Ishq da Uda Ada’ with finetone cassette, a division of T-series in 2004. Rajinder Singh of finetone suggested him to spell his first name ‘diljit’ instead of ‘daljit’.This music was composed by Bablu Mahindra and Balbir Boparai was the lyric writer.There were eight songs in this album. Meanwhile, Diljit’s second album named ‘Dil’ was released again by finetone cassettes. But both albums were flop in Punjabi Music Industry.

#2.2 Then, Diljit released his next albums named ‘Ishq ho gya’ and ‘Chocolate’ by finetone cassettes in 2006 and 2008 respectively.

#2.3 As well as Diljit released four tracks. These were:

#2.5. In 2010, Diljit gave his song to ‘Mel Karade Rabba’ which was lip-synced by the actor Jimmy Shergill.

#3.1. Diljit Dosanjh released his first Punjabi movie ‘The Lion Of Punjab’ in 2011 which became flop but his single track  ‘Lak 28 Kudi Da’ became popular.This track was running successfully in the marriages and parties.

#3.3. After that in 2012, Diljit released ‘proper Patola’ single track which became very famous.

#3.4. Moreover, Diljit released a track ‘Goliyaan’ with Yo Yo Honey Singh.

#3.5 In June 2012, Diljit released Punjabi movie ‘Jatt And Juliet’ which became one of the most popular movies in Pollywood. This movie was directed by Anurag Singh and co-actress was Neeru Bajwa. This movie was shot in Punjab, Mumbai in India and Vancouver in Canada. Diljit also won ‘PTC Punjabi Film Awards’ for best actor in this film.

#3.6. However, Diljit released his eighth album ‘Back 2 Basic’ with nine songs.This album music was composed by Tru-Skool. ‘Kharku’ song became popular and was awarded by both “the Brit Asia TV Music Awards’ and ‘The PTC Punjabi Music awards’ for ‘Best Bhangra Song’ of the year.

#3.8 Further, Diljit released ‘Jatt And Juliet 2′ movie with nine songs in June 2013. He played a role of cope in this movie. This movie also became a award winning movie.

#3.9 In 2014, ‘Disco Singh’ movie released also written by Anurag Singh. Surveen Chawala was the co-actress and movie was shot in Delhi NCR.

#3.9.1 After that, ‘Punjab 1984’ movie was released in 27 June, 2014. This movie was also directed by Anurag Singh. As well as film got National Film Award for Best Feature Film in Punjabi.

#3.9.3. In 2016, Diljit entered in Bollywood and released his first Hindi film ‘Udta Punjab’ with co-stars named Alia Batt, Shahid Kapoor and Kareena Kapoor, directed by Abhishek Chubby. This film is based on substance abuse in the Indian province of Punjab.

#3.9.4 Now, Diljit played a lead role in second Hindi film called ‘Phillauri’. This movie will be released in March 2017. Anushka Sharma and Suraj Sharma are the co-stars in this movie.