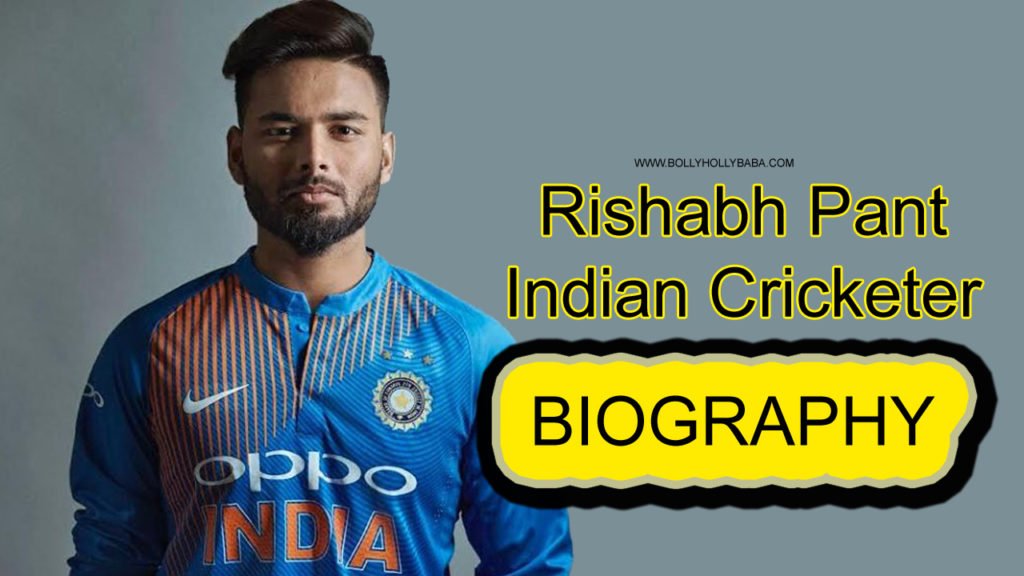 Rishabh Pant: Rishabh Pant is a professional Indian cricketer. He plays for India. In addition, He plays as a Wicket-keeper batsman. He is also known as the new Mahinder Singh Dhoni because of his good Wicket-keeping and aggressive style of batting. 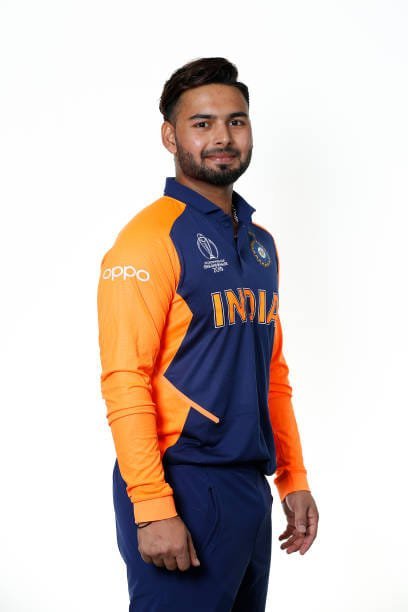 His full name is Rishabh Rajendra Pant. We will check out the life overview of Rishabh in this Rishabh Pant biography.

Hobbies  –  Listening to music and a swimming 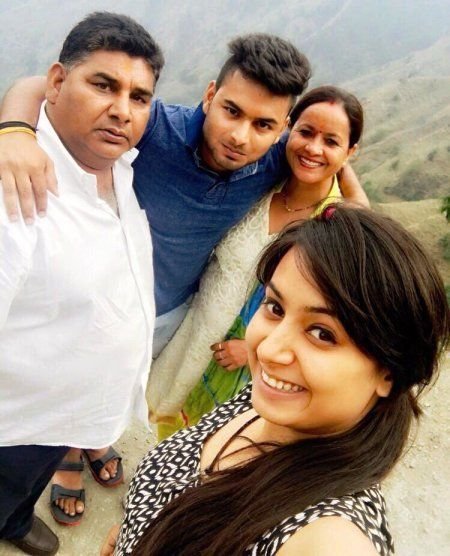 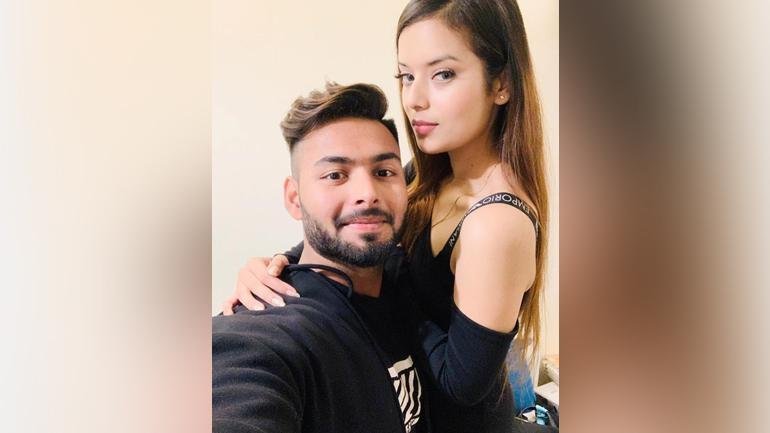 Rishabh Pant was born in Roorkee, Uttarakhand, India. Rishabh Completed his schooling from Indian Public School, Dehradun. Since childhood, he wanted to become a famous cricketer. Additionally, he wanted to be like Adam Gilchrist who is an Australian wicket-keeper batsman. 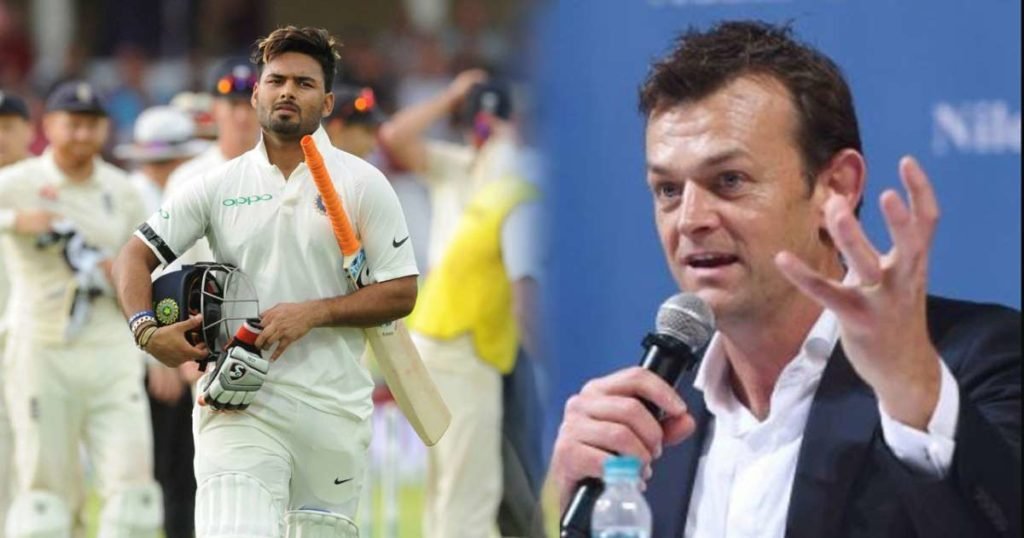 Therefore, he shifted from Roorkee to Delhi getting expert cricket coaching. At that time he was just 12 years old.

Here he joined the Sonnet Club. Alongside cricket coaching, he got admission in Sri Venkateswara College, Delhi University, New Delhi. Here, he completed his graduation. Meanwhile, his coach Tarak Sinha advised him, “You should go to Rajasthan because there is a greater opportunity in cricket.

Thus, he shifted Rajasthan to get higher coaching. 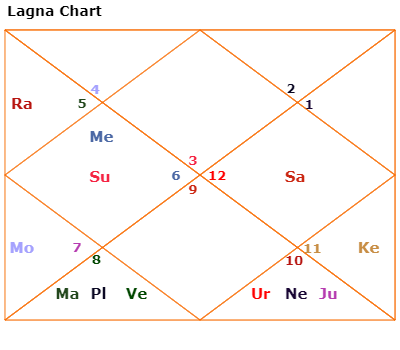 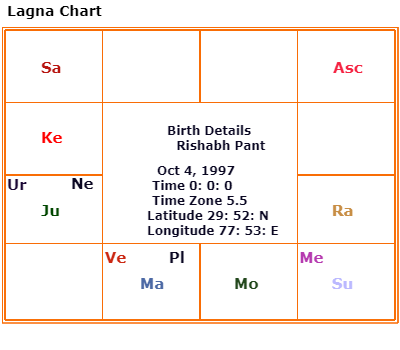 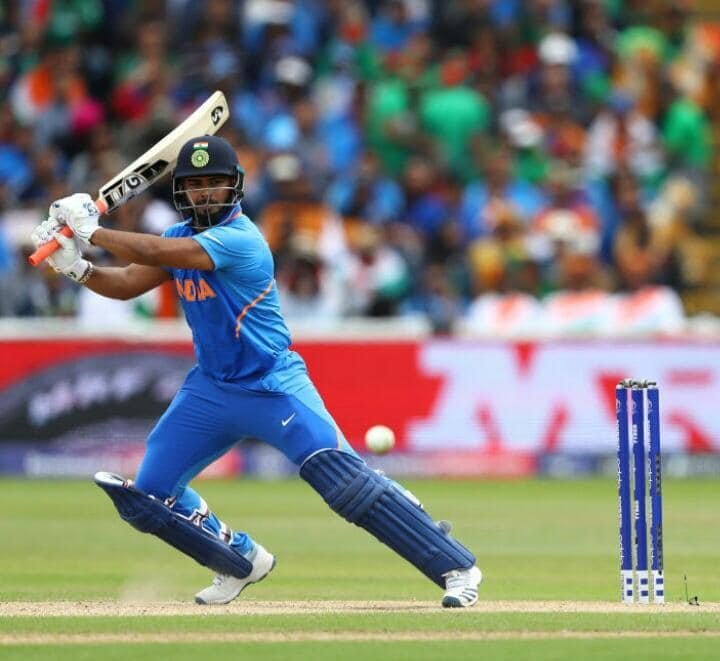 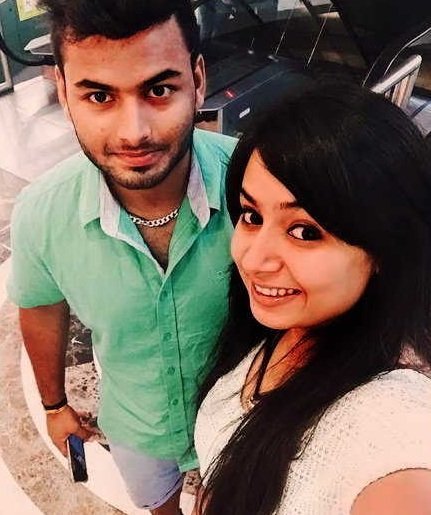 Rishabh Pant is a left-handed batsman. He is one of the youngest batsmen who made 1000 runs in the IPL match. 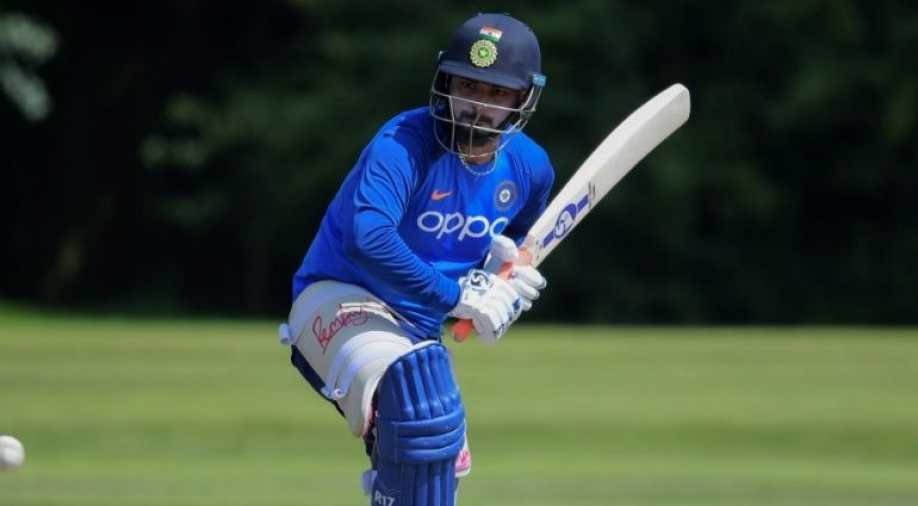 Rishabh Pant is a professional Indian cricketer. He plays for India, Delhi, and the Delhi Capitals in the Indian Premier League. In December 2015 he was named in India’s squad for the 2016 Under-19 Cricket World cup. 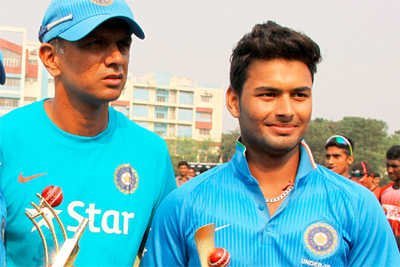 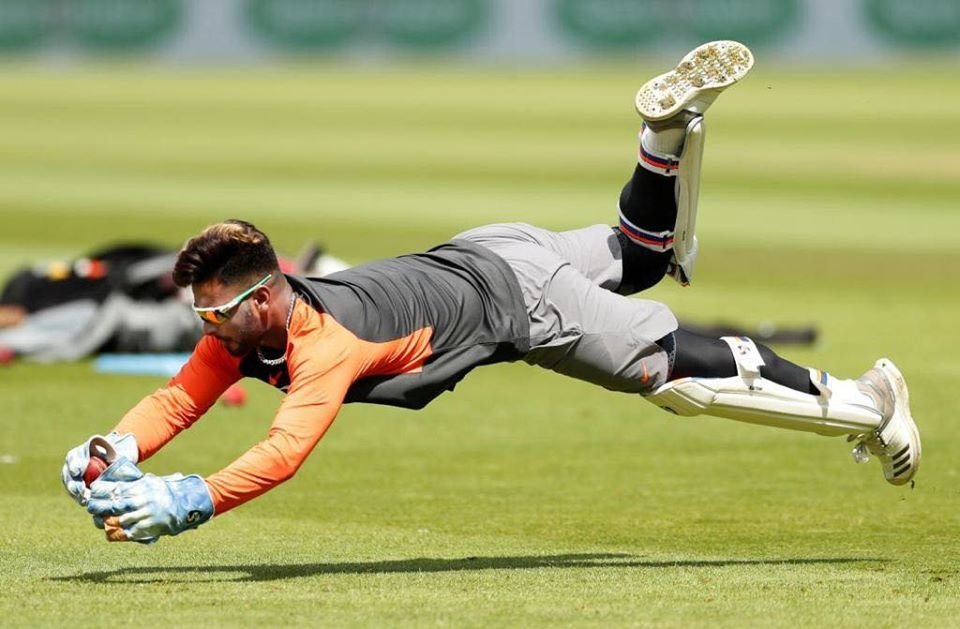 Recently, in January 2019, Pant was awarded for ICC Emerging Player of the Year in 2018  by ICC Awards.

Rishabh Pant was bought for Rs 1.9 crore by Delhi Daredevils on 6th February 2016. He scored a century for India U-19 in the World Cup, guiding Into the semi-finals. Hence, Pant made 69 goals from 40 balls to help Delhi to an eight-wicket victory over Gujarat Lions. As a result, he made his maiden IPL half-century off 25 balls. 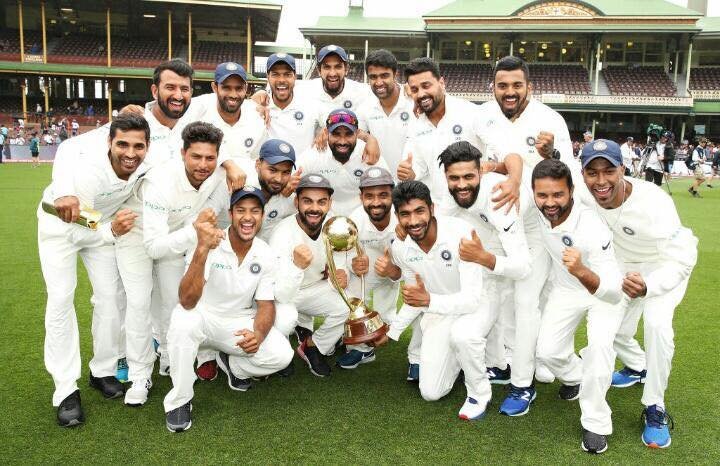 As we know, during the tournament on February 1st, 2016, Pant hit an 18-ball fifty, the fastest at this level. 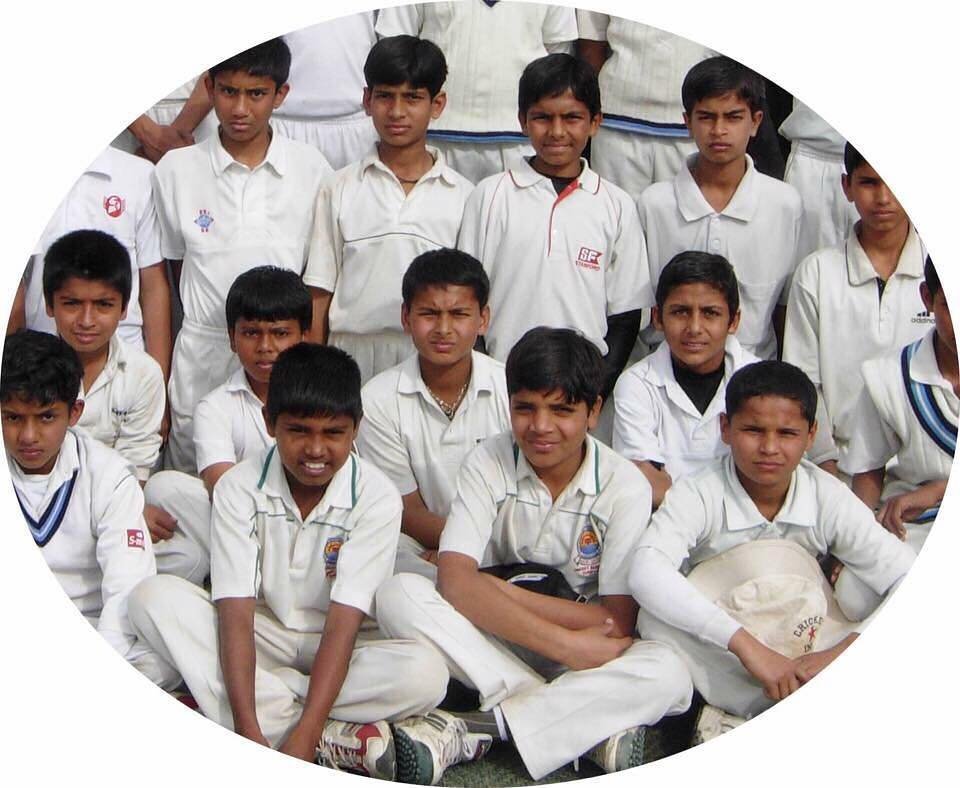 Rishabh Pant is the fourth Indian wicketkeeper who score 150 in Test cricket during the final match against Australia at the Sydney Cricket Ground.

However, Rishabh Pant became the first Indian wicketkeeper to score a hundred in this match. In this match, he got his second hundred in Tests. Because he made his first hundred against England last year. 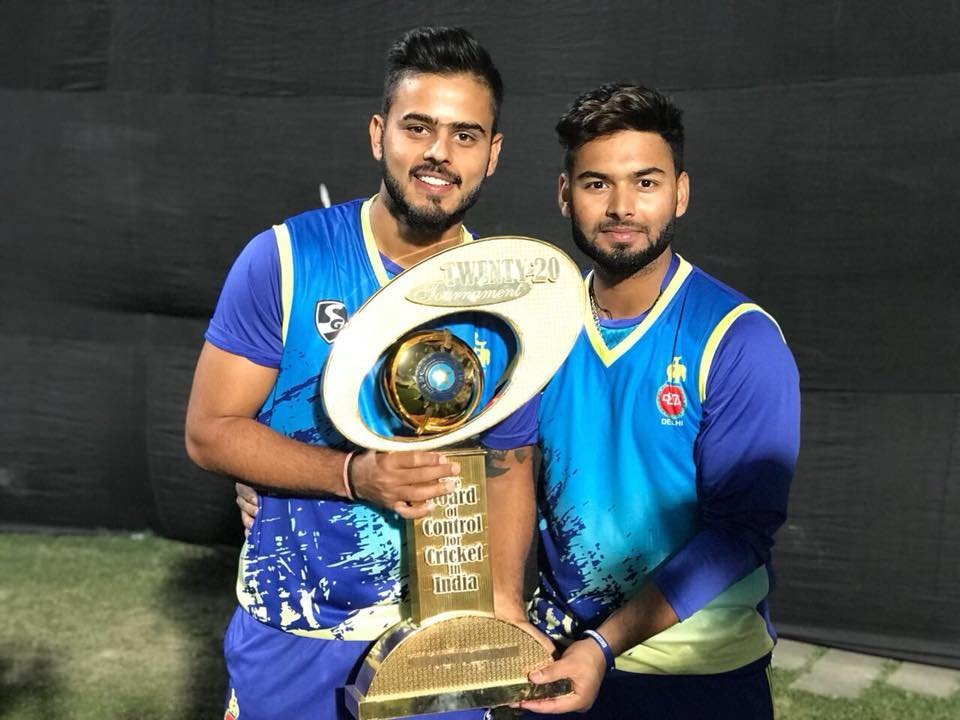 At that time he was not merely satisfied with a hundred. Therefore, he wanted to improve his score in the Australia series.

During the India match against England, all-rounder Vijay Shankar was replaced by Rishabh. The main reason behind it that Vijay Shankar got an injury on his ankle. Thus, he was not able to play the match. 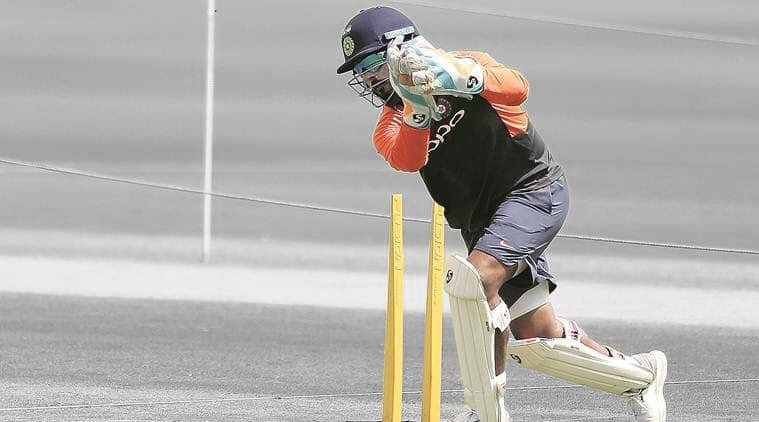 During the match, Rishabh scored 32 in 29 balls. Sachin Tendulkar felt very happy to see the Pant in World Cup match for India against England.

In this match, Pant came to bat at the No.4 position. In addition, he added 52 runs for the third wicket with Rohit Sharma.

As a result, He grabbed the spotlight at first class of his match and already has thousands of fans across India. One of the fastest hundreds by an Indian batsman in domestic first-class cricket, Pant already has gained a lot of fame in this short span.

Thereafter, he was named in India’s squad for a limited-overs tour to the West Indies in June 2017. 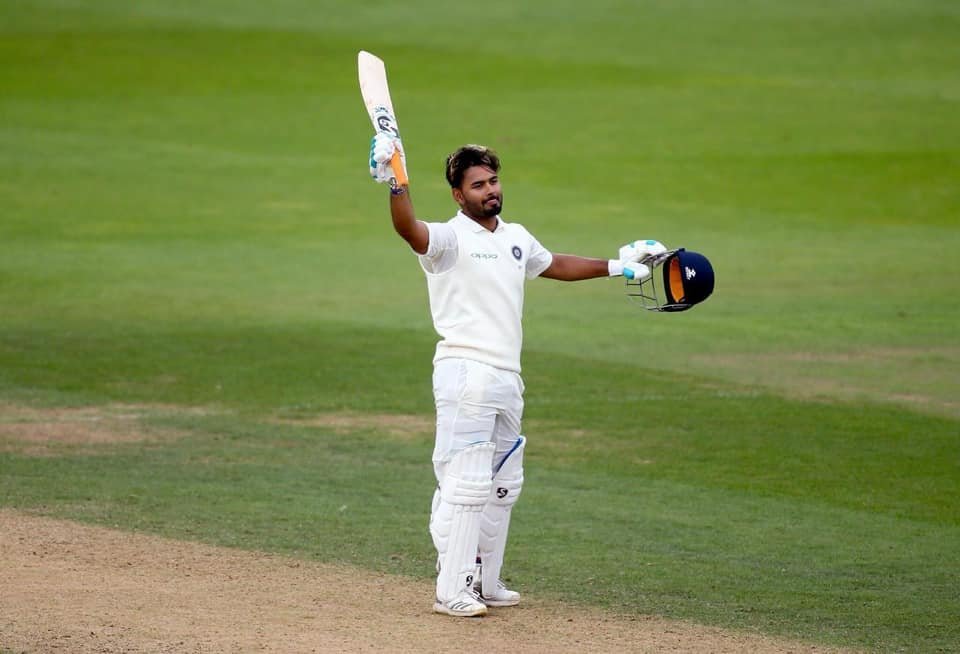 Further, he was named in India’s Test squad for the series against England in July 2018.

Finally, he became the first batsman to get off the mark in Test cricket with a six.

The following month, he was named in India’s One Day International (ODI) squad for their series against the West Indies.

In May 2018, Pant scored 128 not out from 63 balls during the Indian Primer League. This match was played against the Sunrisers Hyderabad.

Rishabh is the only one who made the highest score in a Twenty20 match. 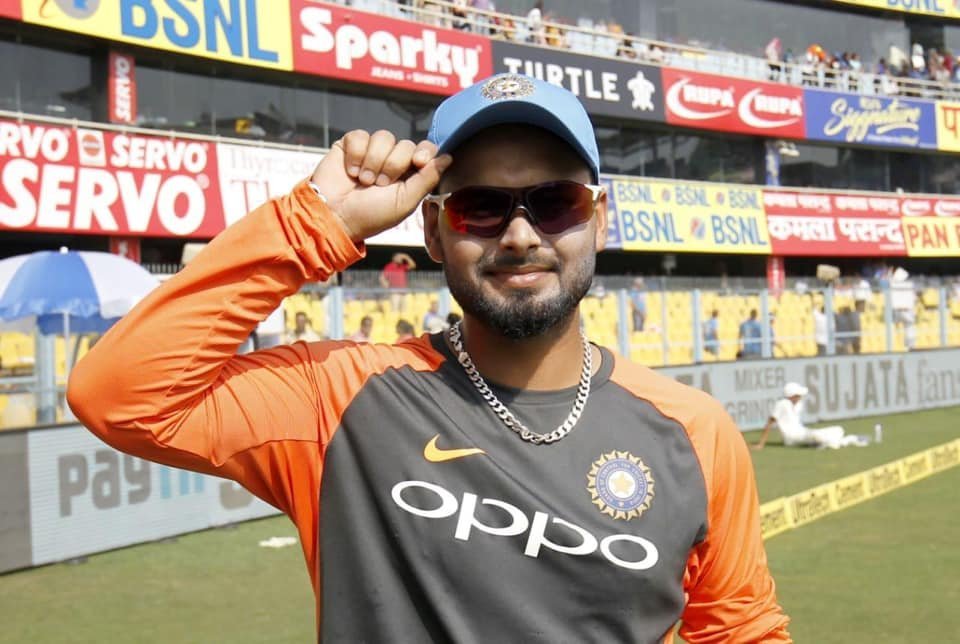 He is playing for India since 2015 in Delhi. As well as he is also a player in Delhi Daredevils, currently in Delhi.

On 8 November 2016, Pant scored the fastest century in the Ranji Trophy, from just 48 balls in Delhi’s match against Jharkhand.

He was named Delhi’s captain for 2016-17 Vijay Hazare Trophy.
Rishab Pant took over Gautam Gambhir, who led Delhi to the final last season.

Pant scored the second-fastest century in a Twenty20 match, making 100 from 32 balls in the Zonal T20 league between Delhi and Himachal Pradesh.

Rishabh Pant was played in the place of Vijay Shankar in ICC World Cup 2019. The match was played against England at Edgbaston on Sunday,  30 June 2019. In this match, Jersey Number of Rishabh is:   –  17 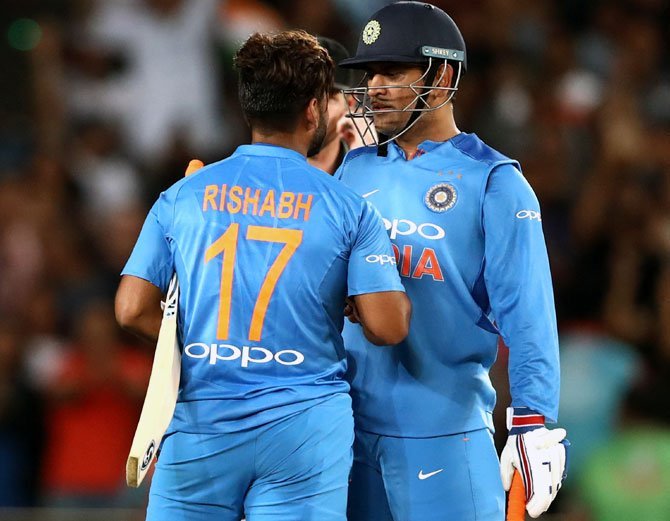 On Saturday, During The IPL match between Delhi Capitals and Kolkata Knight Riders, Rishabh Pant said, “yeh to chukka hai” (this is a boundary) as KKR’s Robin Uthappa took guard against Sandeep Lamichhane. 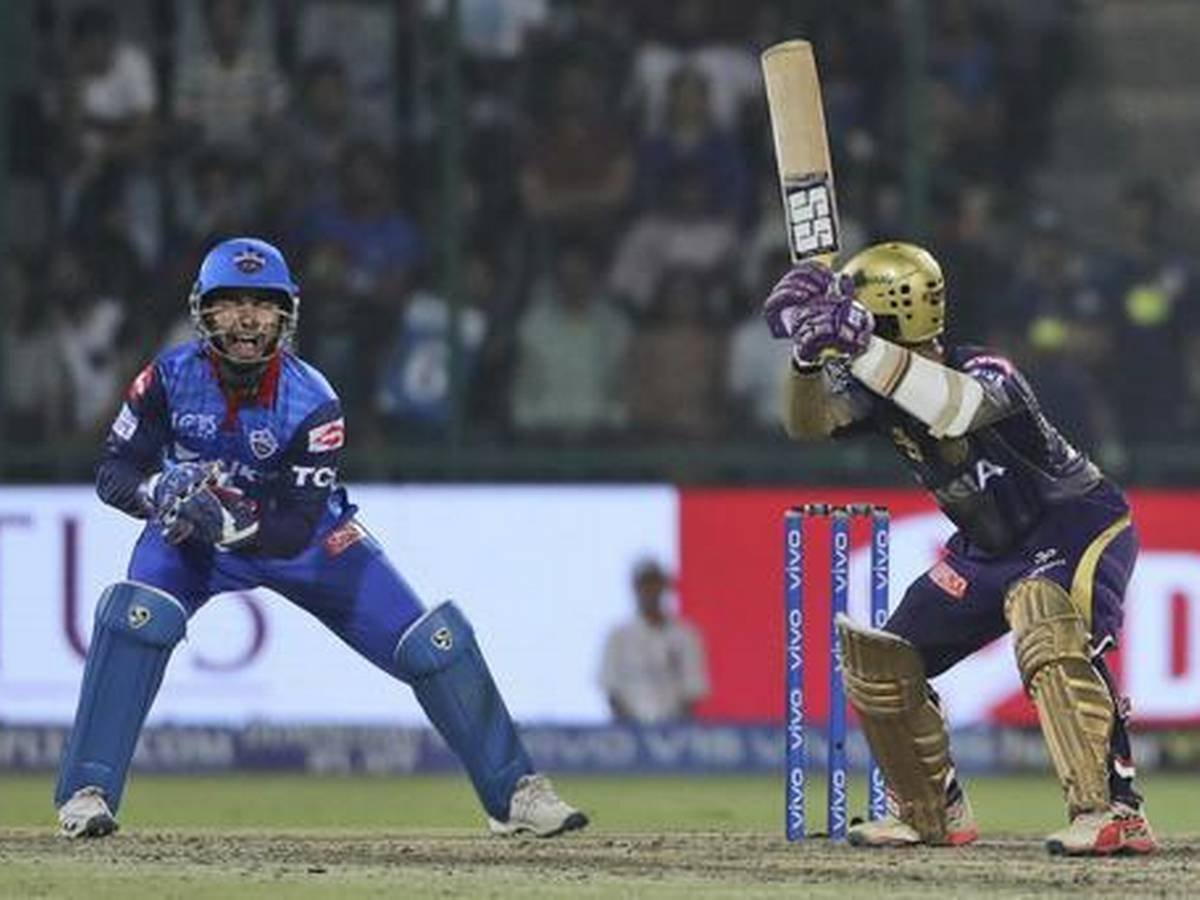 This clip was recorded in the stump microphone and became viral on social media. This video clip is less than one-minute long.  He said it when Delhi won the match.

Then BCCI said, “This is a very nonsense clip. It did not tell anything. Social media spreads fake news for its TRP. It is a general thing. Anyone can say it normally. Therefore remove the clip from social media.

It was not the first time for pant to came in social media through stump mic. At that time he visited Australia tour. During the tour, he continuously teased the rival batsmen, especially Aussie captain Tim Paine. All things were recorded in a stump mic. Thus, he became viral on social media.

Playing Today Or Not:

Yes, Rishabh is playing today against West Indies in a 3-match T20I series. All match responsibilities on Rishabh. 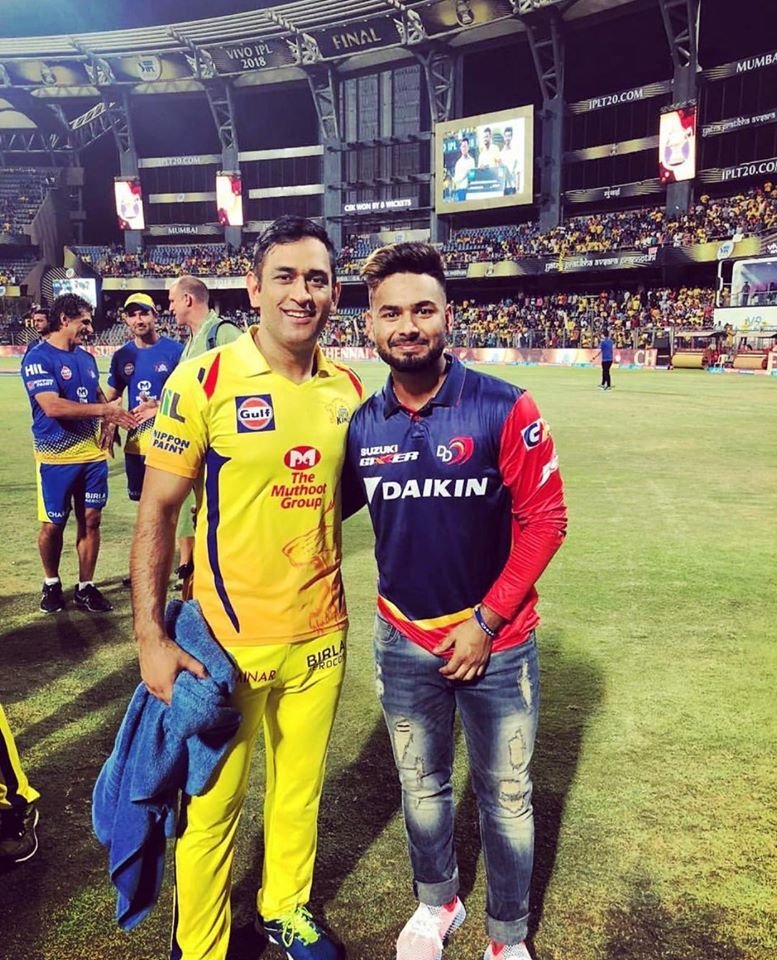 Sourav Ganguly said, ” I think Pant is a responsible person. Because he has become the main player in the Delhi team last year. Everybody must remember that you don’t get MS Dhoni’s every day. He is a once-in-a-generation cricketer. 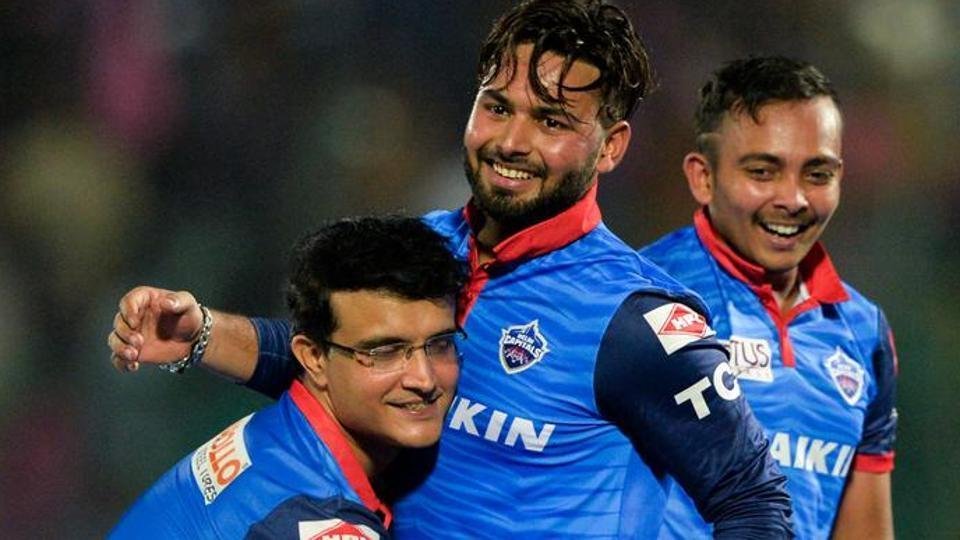 Some people said that they want MS Dhoni. Sourav Ganguly said, ” In the starting, MS Dhoni was not the MS Dhoni. He took 15 years to be the MS Dhoni. Now It Rishabh Pant is very close to being MS Dhoni.” In addition, he also said, “Pant got the highest run-scorers for India in a historic Test series.

In Indian Primer League Rishabh got Runs. These are:

Hence the overall run scores are 1736.

Recently, Pant wishes Happy birthday to Shikhar Dhawan. In addition, he also is going to play the match on 5 December, 2019. 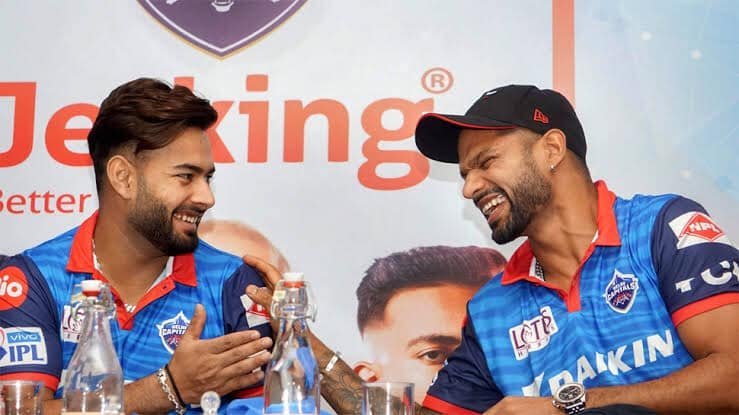