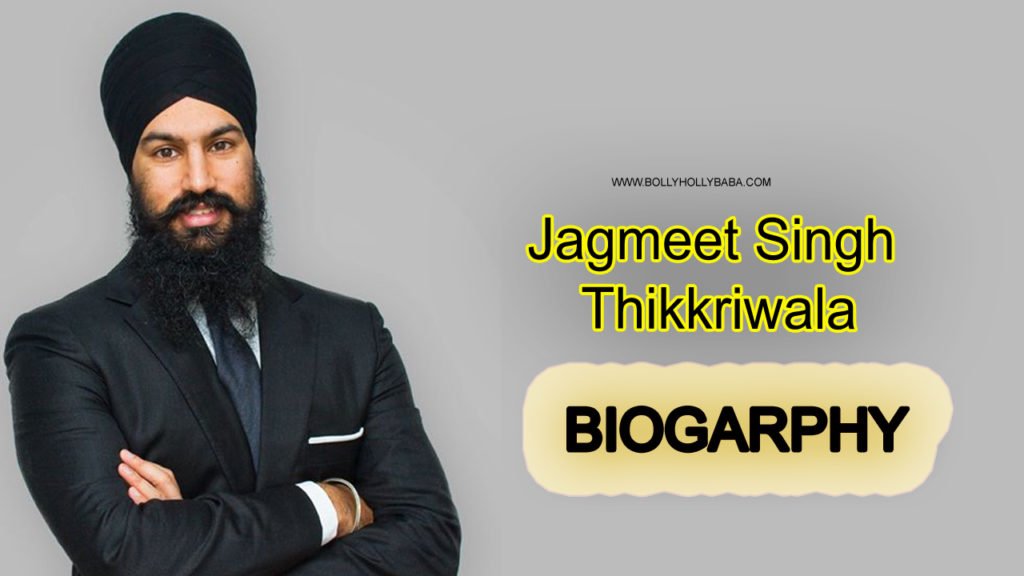 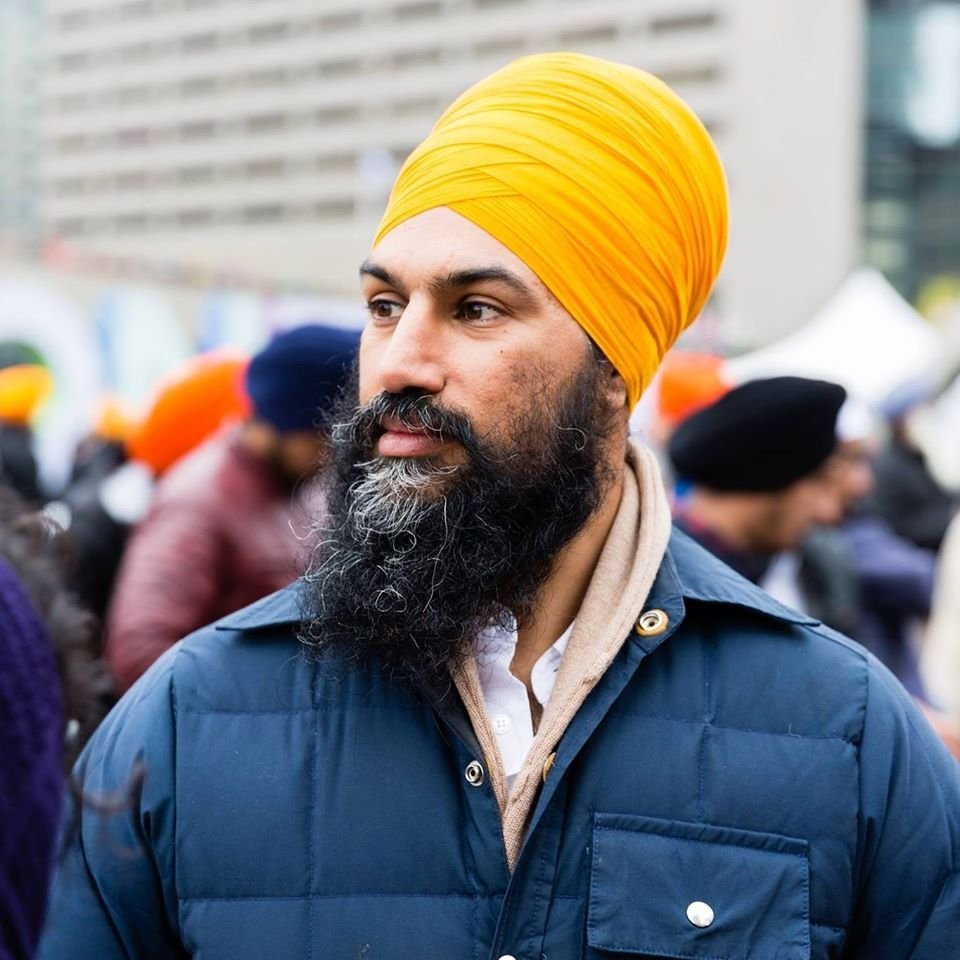 Now, in 2019, he has become the leader of a major federal political party

in Canada. So friends let’s must read the Jagmeet Singh Bio from the top to the bottom.

When was Jagmeet Singh Born:

Jagmeet Singh was born on 2 January 1979 in Ontario, Canada. 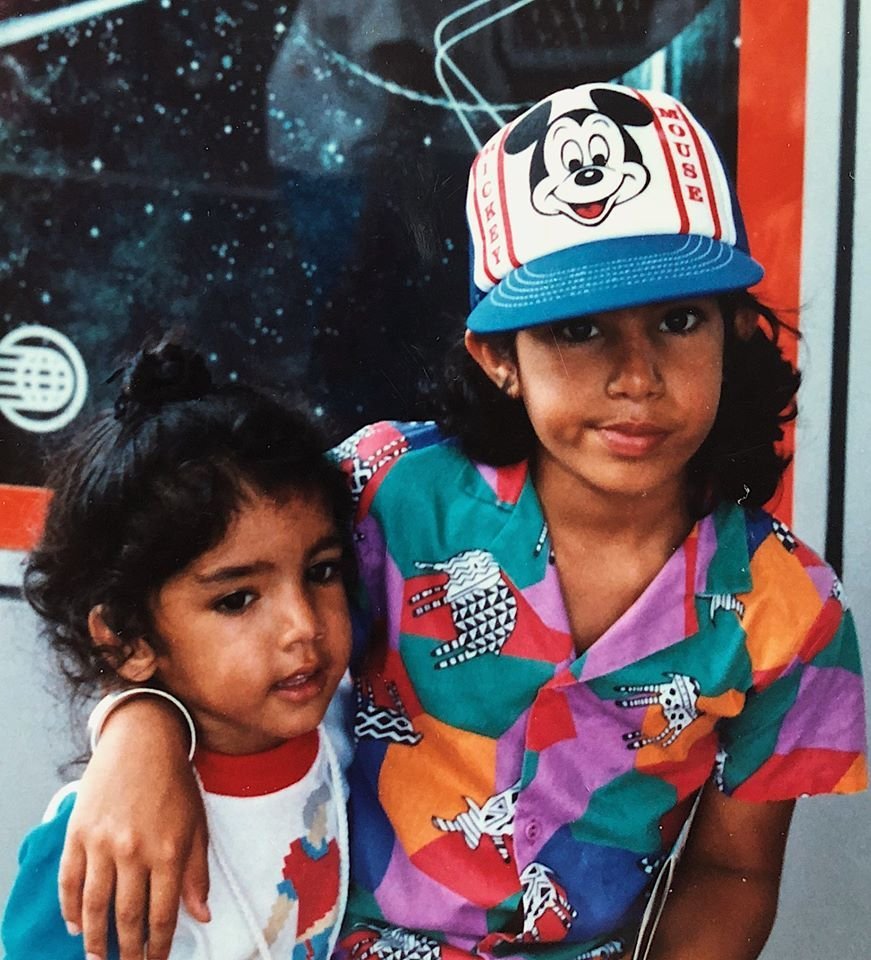 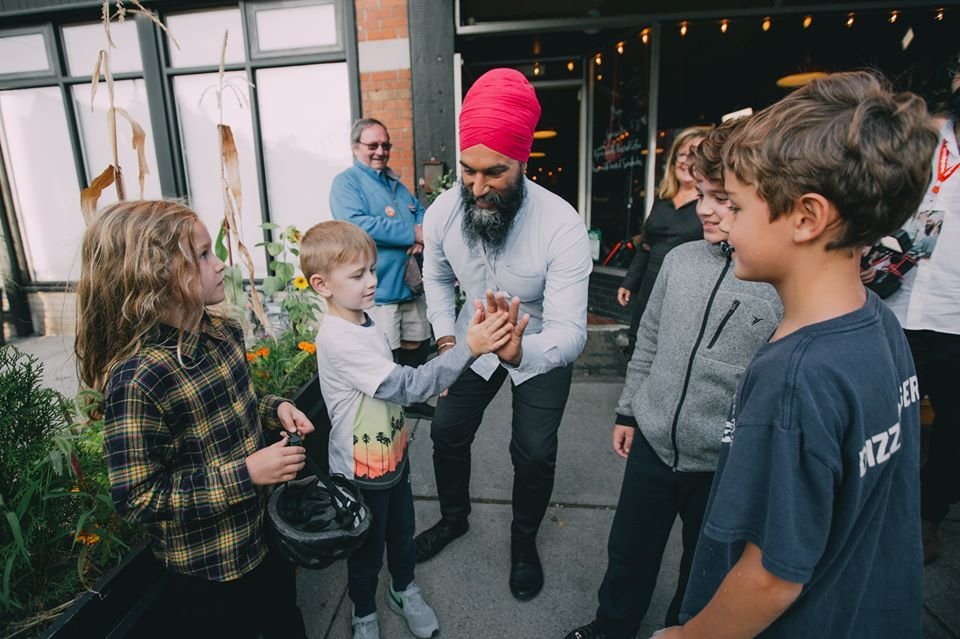 He has one brother and one sister and their names are Gurrattan Singh and Manjot Kaur respectively. 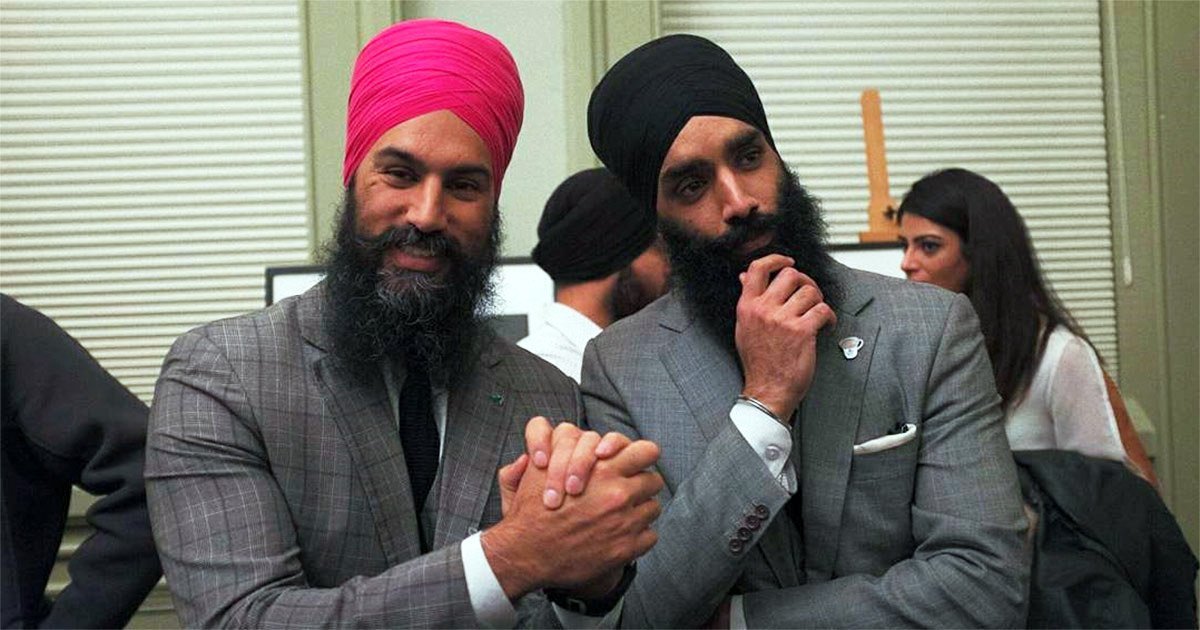 In 2018, he married to Gurkiran Kaur Sidhu, who is a fashion designer and an entrepreneur. 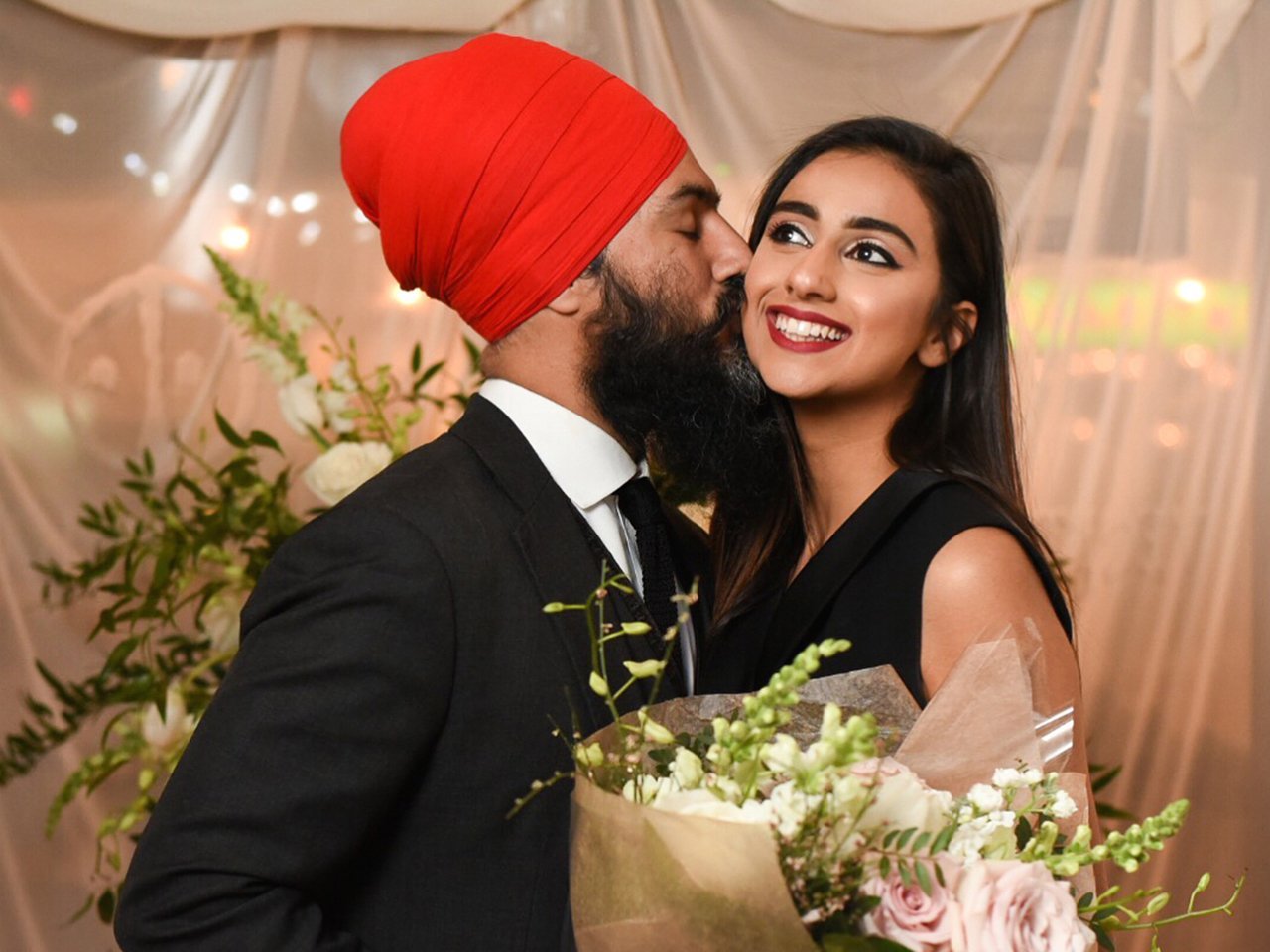 When Jagmeet was one year old, his parents sent him to Jagmeet’s Grandmother in Punjab. Because they had not time to take care of him. At that time Jagmeet’s father had worked as a security guard at night. As well as during day time his father was studied for medical recertification. 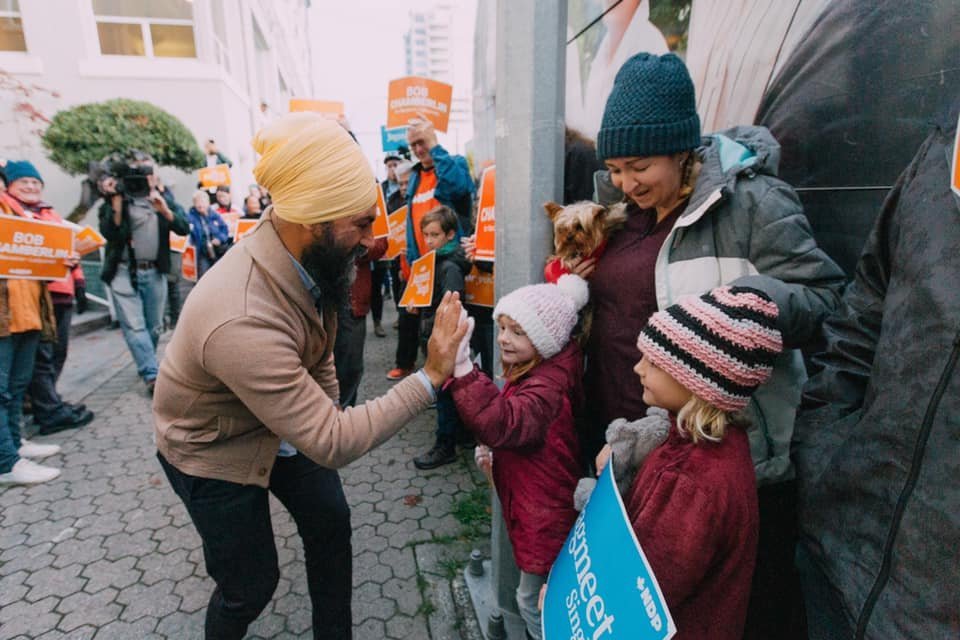 After one year later, Jagmeet came back to Canada. At that time his father started the Psychiatrist program at St. John’s Memorial University. At that time, he called “Aunt” to his mother because he called “Mom” to his grandmother when he lived in Punjab, India. 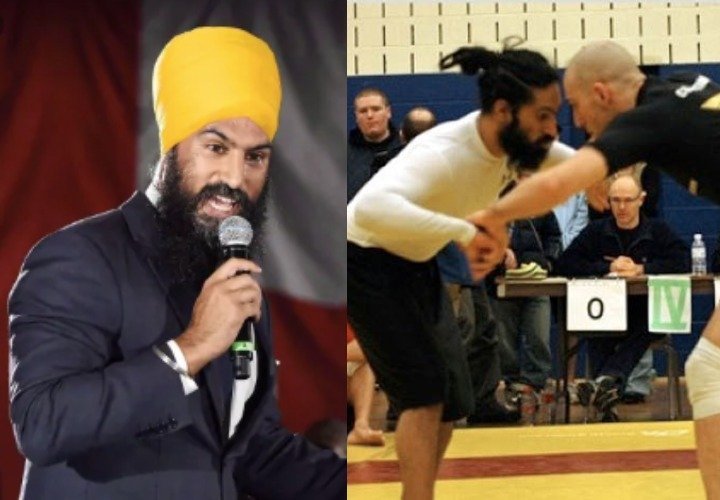 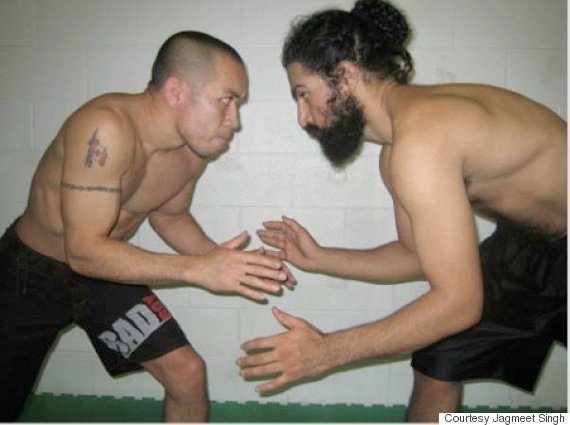 To saw all nonsense, Jagmeet’s father enrolled him taekwondo for self-defense. Further, Jagmeet became the captain of his high school wrestling team. Moreover, he also won the scholar-athlete award. 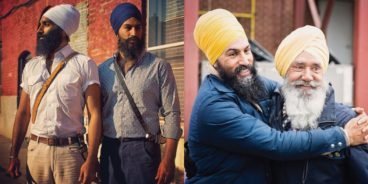 Along with it, Jagmeet behaved like a father for his younger brother. He prepared food for him, drove him to school. Even he attended parents-teachers meetings for him.

Jagmeet has been feeling proud to be a Sikh since his childhood. 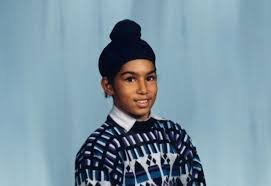 Jagmeet Singh completed his graduation in 2001. He did B.Sc Biology from Western Ontario University. Further, he did a Bachelor of Law degree from York University in 2005. 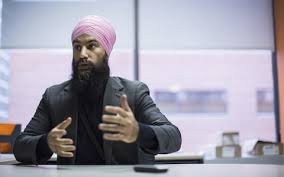 Along with studies, he always did social works. Moreover, he usually helps needy people. 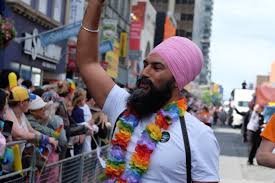 Before entering politics, Jagmeet Singh was a lawyer. Then in 2011, he entered politics and through Federal Elections. In addition, he was a member of NDP from the Bramalea-Gore-Malton constituency. But, he was defeated by 539 votes. Jagmeet told that the party gave him a lot of encouragement and the community. At that time Jagmeet received 200 to 300 phone calls of people. They were saying, “Don’t give up”. 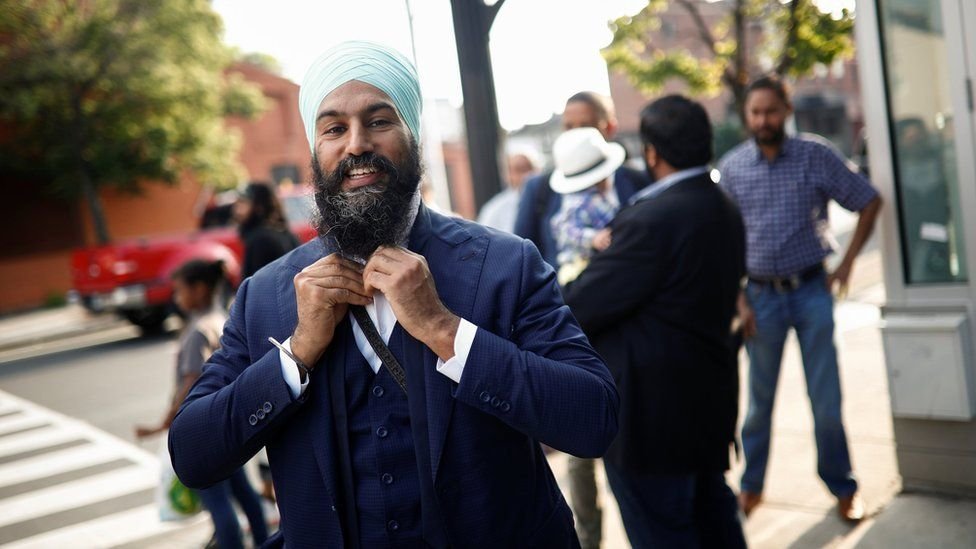 Then again in the same year, Jagmeet became the first NDP member of the provisional parliament (MPP). Thus he defeated Dalip Kular by 2277 votes. Therefore, he became the first turbaned Sikh to represents the peel-region. 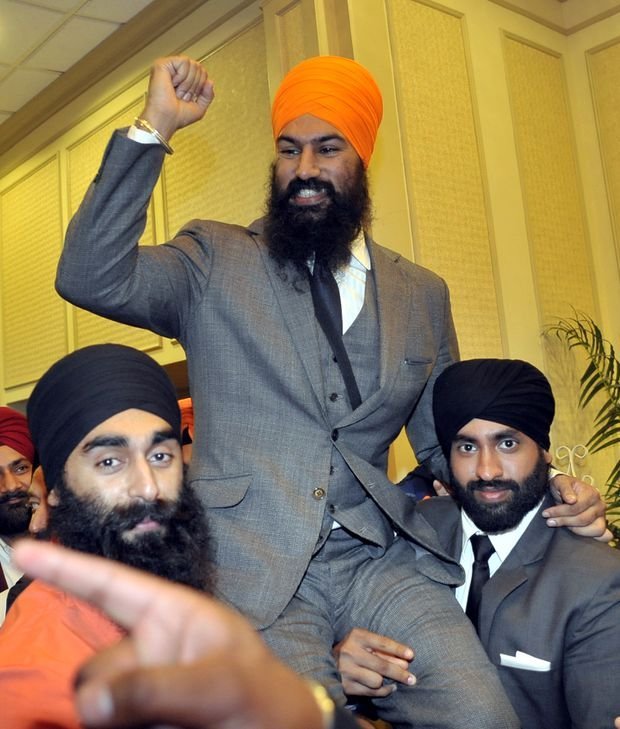 In conclusion, at Queen’s Park, Jagmeet Singh made a stylish entrance. He came with his red BMW Z4 M coupe, Brompton folding bike, bespoke suits, and colorful turbans, he quickly became one of the most recognizable MPPs. 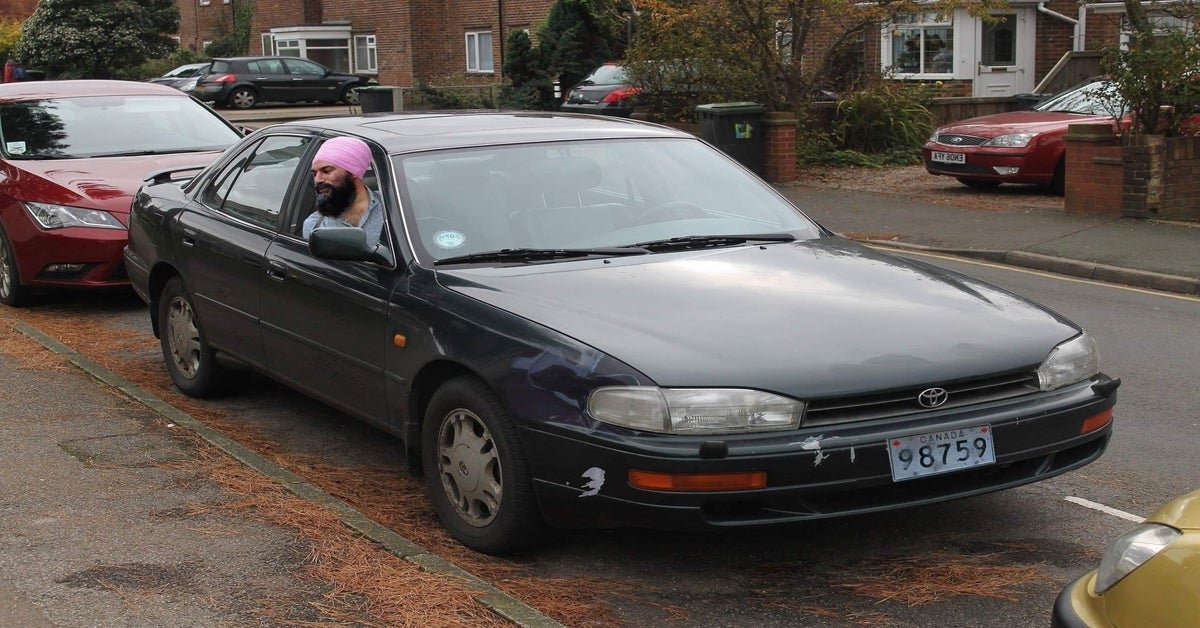 Besides, in 2015, Jagmeet was appointed as a Deputy Leader of NDP in Ontario, Canada. 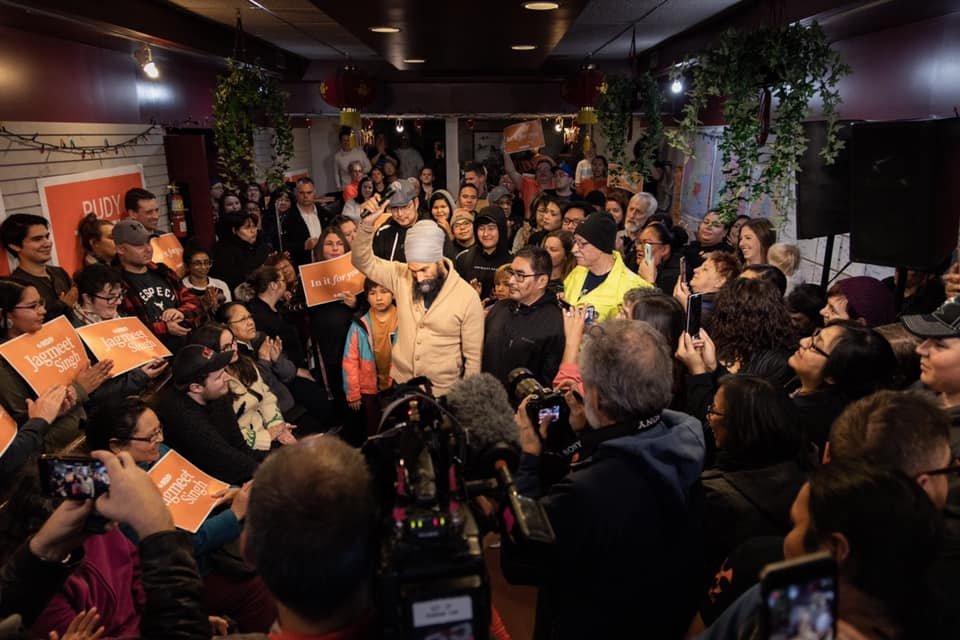 Further, he was appointed the leader of NDP in 2017.

Additionally, now, in 2019, he has become the leader of a major federal political party. 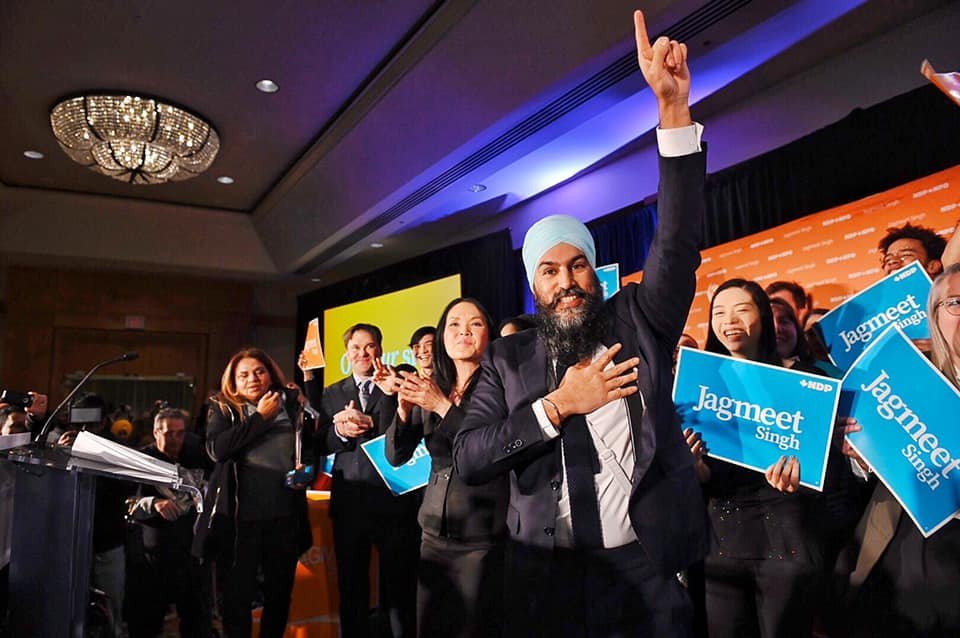 In Canada Jagmeet Singh is also known as a style icon. Moreover, he has a large number of fan following on social media. When I checked the pictures of Jagmeet Singh, he looks so dashing and amazing.

That is why I uploaded some pictures of Jagmeet Singh Singh Sardar. Hope you like it. If you like it then do comments and write “Singh Is King”.