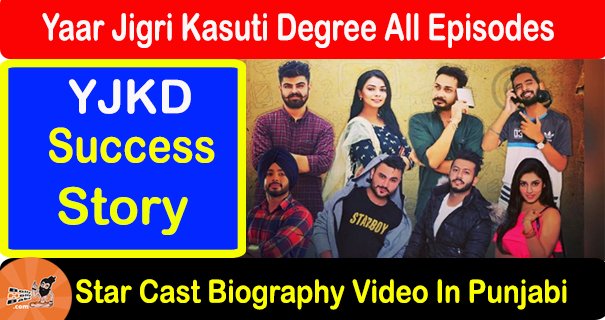 Yaar Jigri Kasuti Degree Web series’ all episodes you can watch Below. And these episodes officially available on Troll Punjabi YouTube Channel. Now enjoy all Episodes of Yaar Jigri Kasuti degree and do comment after watching this series. I will wait for your comments.

Yaar Jigri Kasuti degree Season 2 Will be started Soon. In addition, All Latest Updates regarding YJKD Season 2 will be shared.

Final Episode of Yaar Jigri Kasuti degree was very emotional and interesting. Therefore, you should watch this episode now.

Yaar Jigri episode 12 is about “ATTAINMENT”. Moreover, It is an Awesome episode. Watch now and enjoy.

Yaar Jigri episode 11 is about “RETALIATION”. Moreover, It is an Awesome episode. Watch now and enjoy.

YJKD episode 10 is about “Shaapa”. Moreover, It is a very funny episode. Watch now and enjoy.

Yaar Jigri Kasuti degree episode 9 is available now. Sorry For Delay. This episode is really very entertaining. Must watch and share with friends.

The 8th episode has much suspense.

7th Episode of YJKD was very Interesting. Because in this episode Jass and Ekam both performed solo song very well. So watch now Yaar Jigri Kasuti degree 7th episode. And see from both who will win the solo round and get the chance from Star Records to do a single track with them.

I hope you enjoyed the episode 7. Really this episode was very interesting. If you like this episode let me know in the comment. Just Type in Episode 7 Was Awesome.

In episode 6 you can enjoy Youth Festival. This episode will be very amazing. I hope you will enjoy Troll Punjabi Channel Yaar Jigri Kasuti Degree Episode 6.

Episode 6 is a mix of drama and emotions. Because in this episode you can watch some funny scenes and emotional scenes. And Parents teachers meeting can remind your old school or college days. So watch this episode and have fun.

This episode is a full dose of fun and I hope you will enjoy it.

In Episode 2 You can feel the decorum of classroom and college days. This is the great episode. I hope you will like it.

Kasuti degree web series‘ first episode made many records. Because the episode of this web series was wonderful. The new admission of Jaspreet Singh Randhawa Aka Jass(Yaar Jigri) made this web series very interesting.

Jass got admission in B.tech  computer science and very first day made good friends in class. Watch Episode one.

In Yaar Jigri Kasuti Degree Web series, all the actors are very professional and well trained. They are doing acting very well. That’s why people are appreciating their work. This is the first Punjabi Web series that got huge success and made many records.

Now let me talk about Yaar Jigri Kasuti Degree Web series star cast and its main characters. It has a total of 8 main characters and the whole story is around them. Now I am going to talk about all the characters of this web series one by one. Let me start from Pukhraj Bhalla. 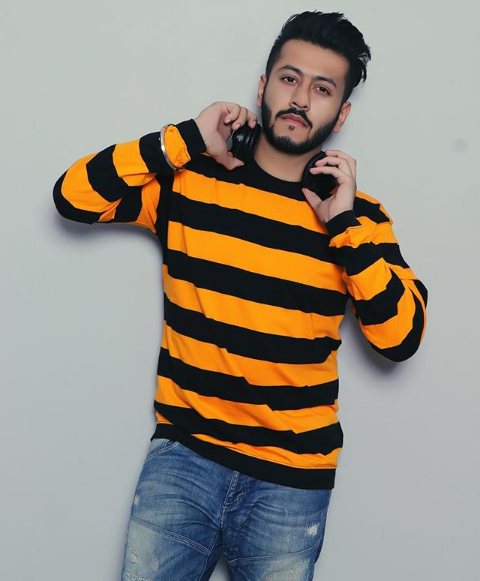 Pukhraj Bhalla was born on 20 November 1994 in district Ludhiana, Punjab. He is a popular Punjabi Actor and the son of Famous Punjabi actor and Comedian Jaswinder Bhalla. If you want to know more about Pukhraj Bhalla. Please Watch below Biography Video Of Pukhraj Bhalla.

In this web series, he is playing the character of Jaspreet Singh Randhawa Aka Jass who is a computer student in a college and very fond of singing. He lives with his friends in a flat and all friends are very close to each other. Everyone had their own dreams and they also enjoyed college life. 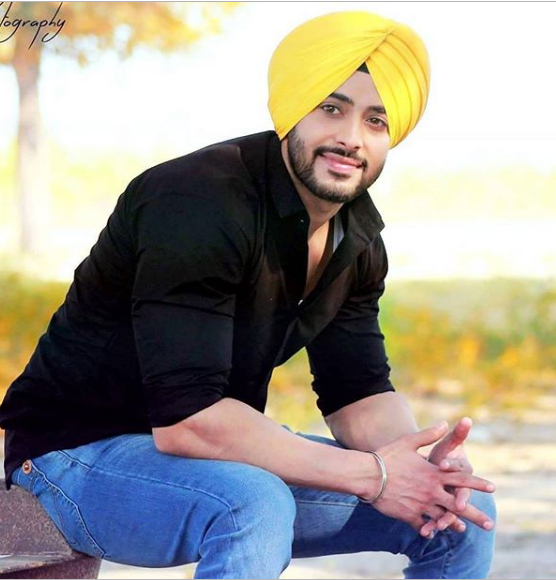 Sukhdeep Sapra Aka Anmol Yaar Jigri was born on 30 June 1990 in district Ludhiana Punjab. His father name is Ravinder Singh and Mother Name is Baljit Kaur.

Before becoming the part of Yaar Jigri Kasuti degree web series, Sukhdeep Sapra was working as a Punjabi Model. He did modelling in many Punjabi video songs such as The Lost Life- A Kay, Ghaint Sardar- Rupinder Handa, 17 sec and heer etc. 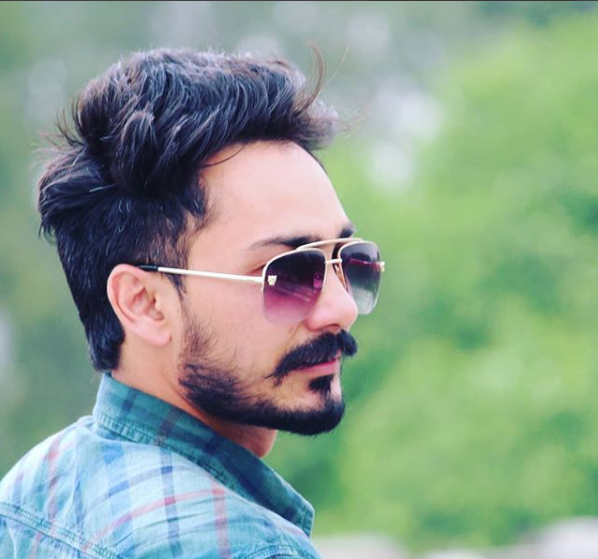 Amrit Amby Aka Lally Yaar Jigri was born on 20 January 1993 in Sangrur, Punjab. He is a very good actor. His father name is Darshan Singh and Mother name is Balwinder Kaur.

we all know Amrit Amby as a good Actor. But very few people know he is a very good singer too.

For seeing his singing talent, you can Watch below video, in this video, Lally Amrit Amby is singing a song written by Bhindi Tolawal. 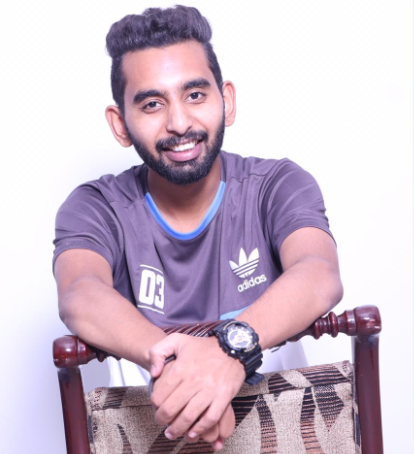 Since his childhood, he is very fond of acting and singing. When he was in school and college. He always did participate in all cultural programs. His family did a lot of support in his career.

When he was very young, he did work in Superhit Punjabi Film Stupid 7 and got audience attention. After that, he also did work in a Bollywood movie Titu MBA.

But he got huge success and fame after working in Punjabi Web series Yaar Jigri Kasuti Degree. 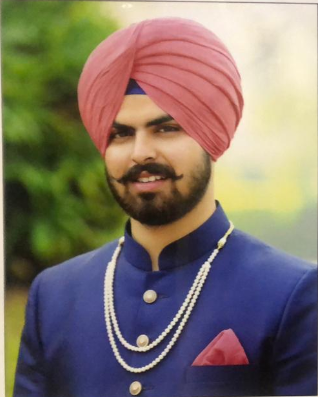 Karanvir was very fond of acting and bhangra since his childhood. In his school days, he used to participate in plays and Bhangra. Besides it, he is a very good hockey player.

After completing his schooling he got admission in TV and Film Production Course in CAMS department of Punjabi University, Patiala and completed his graduation from PU, Patiala.

He became famous after doing work in Superhit Punjabi Web series Yaar Jigri Kasuti Degree. He played the character of ROOP (Yaar Jigri) and the audience really appreciated his role in this web series. After that, he became a star overnight. Know more about him. 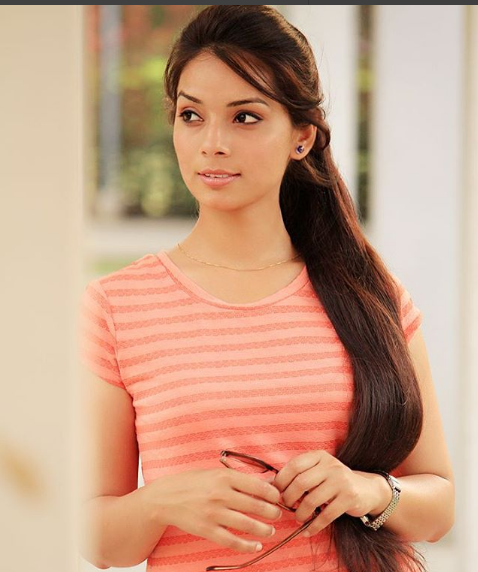 Pawan Johal Aka Kirat (Yaar Jigri) was born on 24 March 1993 in Sri Muktsar Sahib. She is a very good Actress and theatre artist. Moreover, she is a good writer and Anchor.

Her Father Name is Avtar Singh and Mother Name is Paramjit Kaur. Pawan Johal’s family did a lot of support in her career. She has one brother and sister. They are settled in Canada.

She completed her schooling from Shivalik Public school, Sri Muktsar Sahib. And Pawan did graduation from Guru Nanak Girls College, Muktsar. After that, she took admission in Punjabi University, Patiala and did masters in Journalism and Mass Communications.

She did work in many Punjabi short movies and feature films. Pawan Johal also played a very good role in Punjabi Film Rocky Mental. Besides it, she did work in Punjabi movies such as Punjab 2016, Aam Admi. And TV shows like Sach Di Adalat. 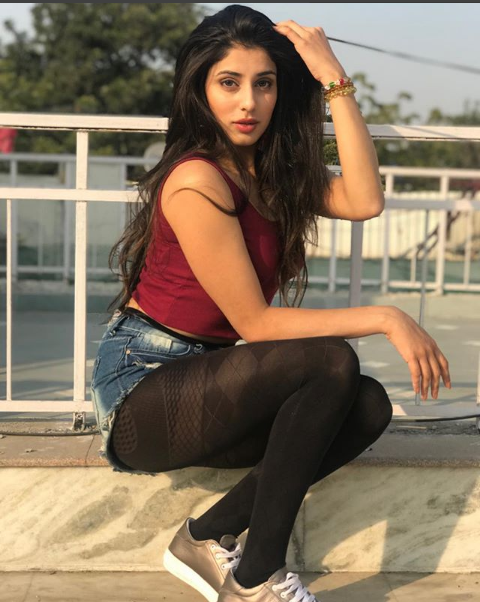 Jasmine Bajwa was born on 22 September 1995 in Hyderabad, state Telangana. She is brought up in Basant city, Ludhiana, Punjab. His Father name is Jaspal Singh Bajwa and mother name is Arvinder Kaur. She has one sister named Harjot Kaur Bajwa. She is a Doctor. His parents did a lot of support in her career.

She did work in Bollywood Films such as Soorma – Diljit Dosanjh and MANMARZIYAAN. She is playing the character of Daizy in yaar Jigri Kasuti degree web series and the audience is liking her role in this web series. A couple of Daizy and Anmol in Yaar Jigri is highly appreciated by the audience. 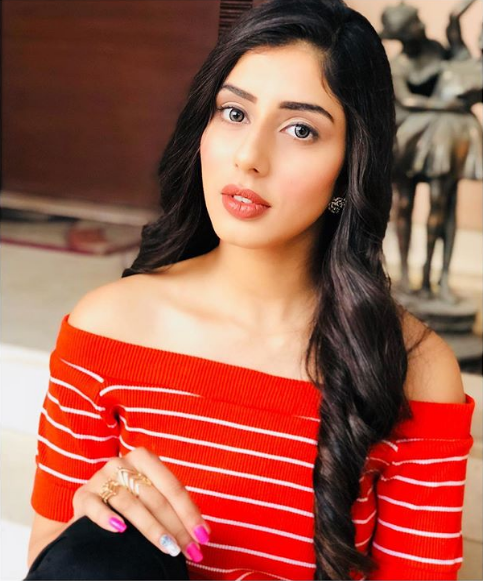 She was very fond of Acting and modelling since his school days. In the year 2014, she participated in Miss India Global International and became a finalist. In addition, she won the title of Miss Style icon.

Prateek Singh Rai Aka Ekam Yaar Jigri was born on 27 November 1994 in Ambala city, Haryana. But he is brought up in Patiala, Punjab. His Father name is Daljit Singh and Mother name is Baljit Kaur. He has two sisters, who are married.

Prateek is a Punjabi actor. He has also hosted the program “Do Gallan Car Ch” for Cinebuff Pictures YouTube Channel.

Nowadays, he is working in Punjabi Web series Yaar Jigri Kausti Degree and audience is really loving his character.

The main reason behind the success of this web series is a great story of college life, which remind us about our college days. Moreover, all artist are performing indeed well in this series.

Besides that, this web series is directed by Rabby Tiwana, a very talented young video director, Who is very creative and has good knowledge. All these factors made this web series very successful and viral on YouTube.

Every episode got millions of views and likes on YouTube. Their official YouTube channel Troll Punjabi became very popular after uploading the first episode of Yaar Jigri Kasuti Degree.

This channel got more than 2 million subscribers only in few days and till now this channel is growing very rapidly and getting several subscribers every day because of this serial.

This web series changed the life and career of Star cast and the team of YJKD and made them star overnight. Nowadays, they have a big fan following. And they have proved if we work hard then we can achieve any goal. 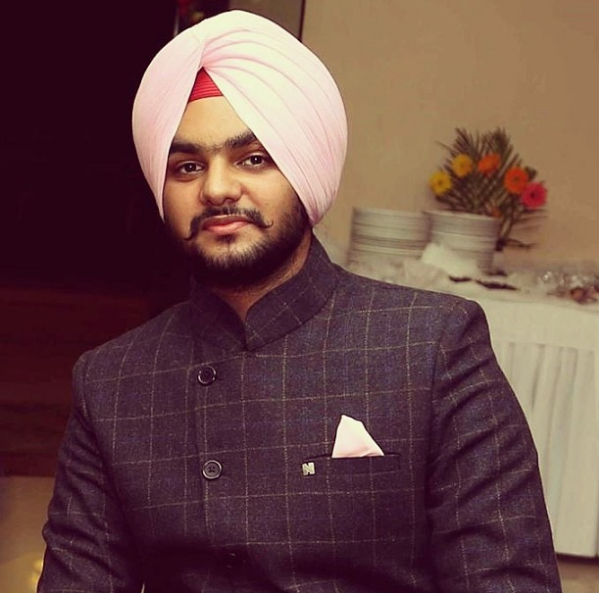 Rabby Tiwana was born on 21 May 1993 in Malerkotla, district Sangrur, Punjab. He is the director of Famous Punjabi Web series Yaar Jigri Kasuti Degree and many Punjabi short movies such as Dhee da Siwa, Purja and Secret Ballot. 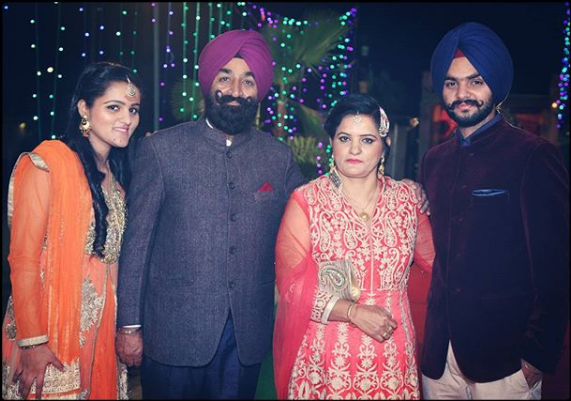 In the Above Photo: From Left: Rabby’s Sister, Father, Mother, Rabby.

His father name is Gurmukh Singh Tiwana and mother name is Lakhvinder Kaur Tiwana. He has one sister, who is doing MBBS. He belongs to a well-educated family. Because his mother is working as a govt. school teacher and his father is an Advocate.

Rabby Tiwana is a very talented and educated video director. He did his B.tech in TV & Film Production from CAMS Department of Punjabi University, Patiala. Know more about him.

All in all, we can say this web series set the new trends in Punjabi Entertainment Industry. And open the doors for people who want to make Web series in the Punjabi Language. Because before succeeding this web series no one wanted to take risk of making a Punjabi web series. But now many makers planning to start a web series.

All credits go to Young and talented Director Rabby Tiwana and his great and zealous team.

In the end, I want to ask a question from you. Who Is Your favourite Character from Yaar Jigri Kasuti Degree? Do Comment In Comment Box and Let me Know.  I will Wait for your comment.